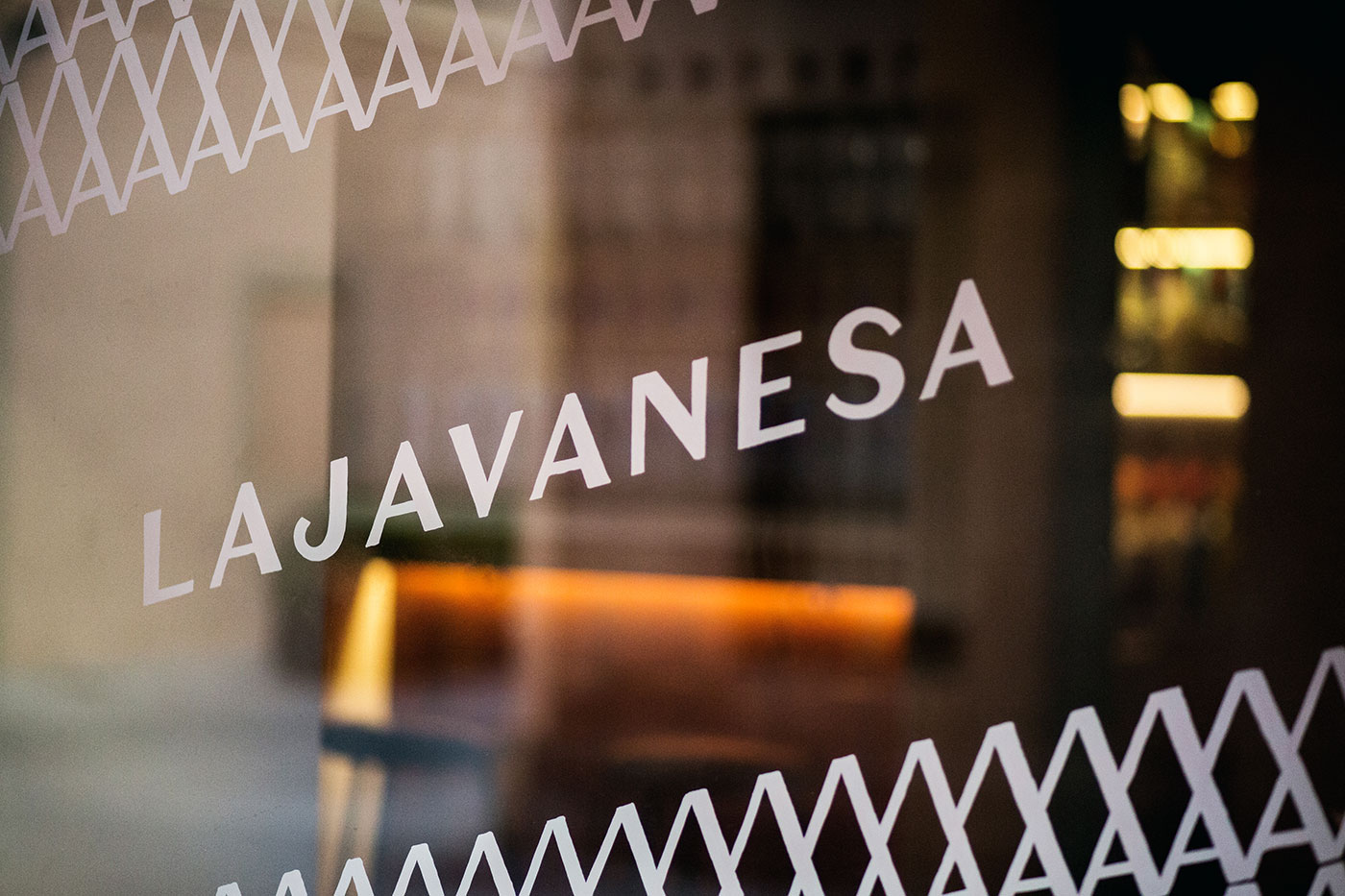 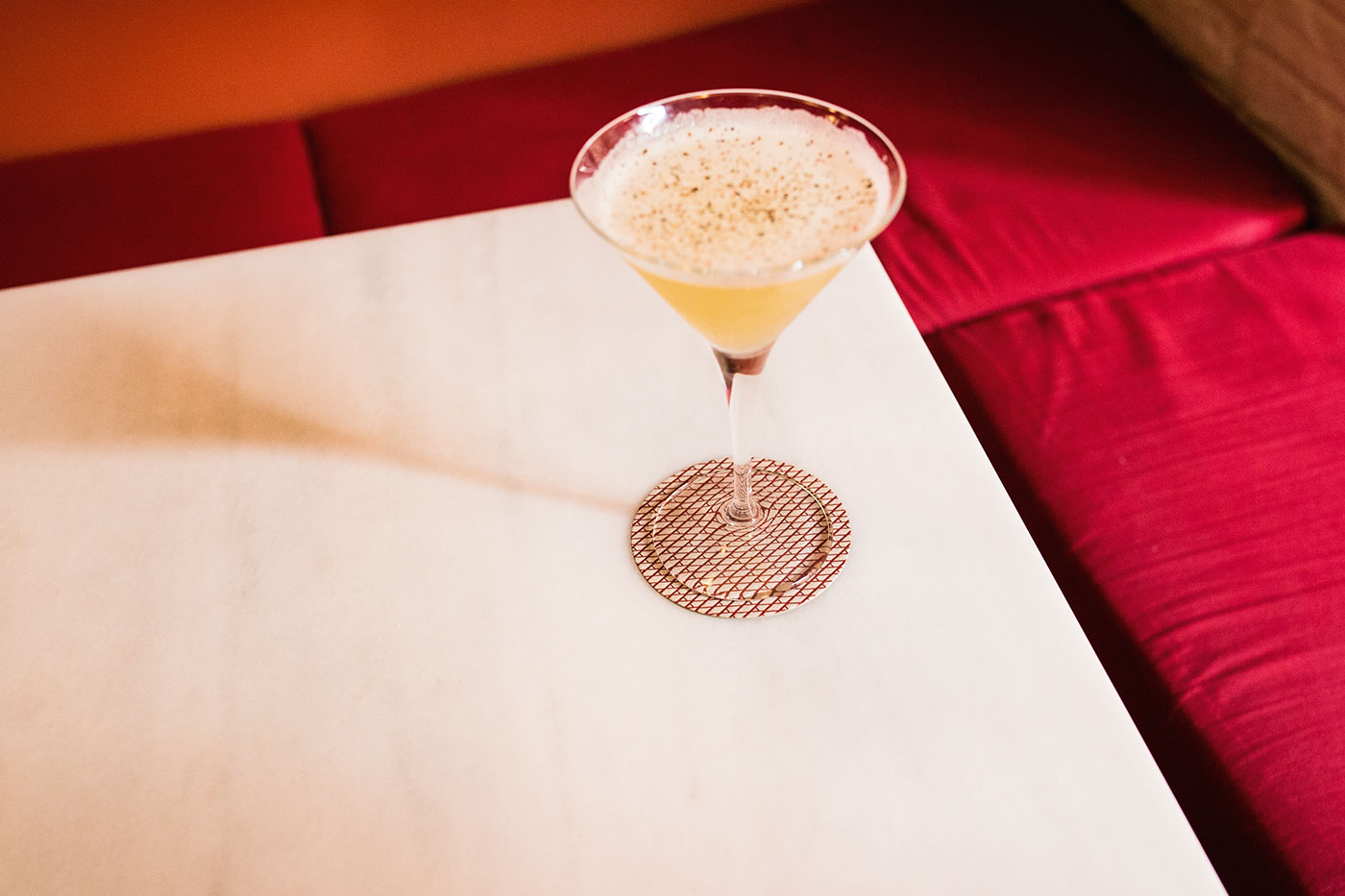 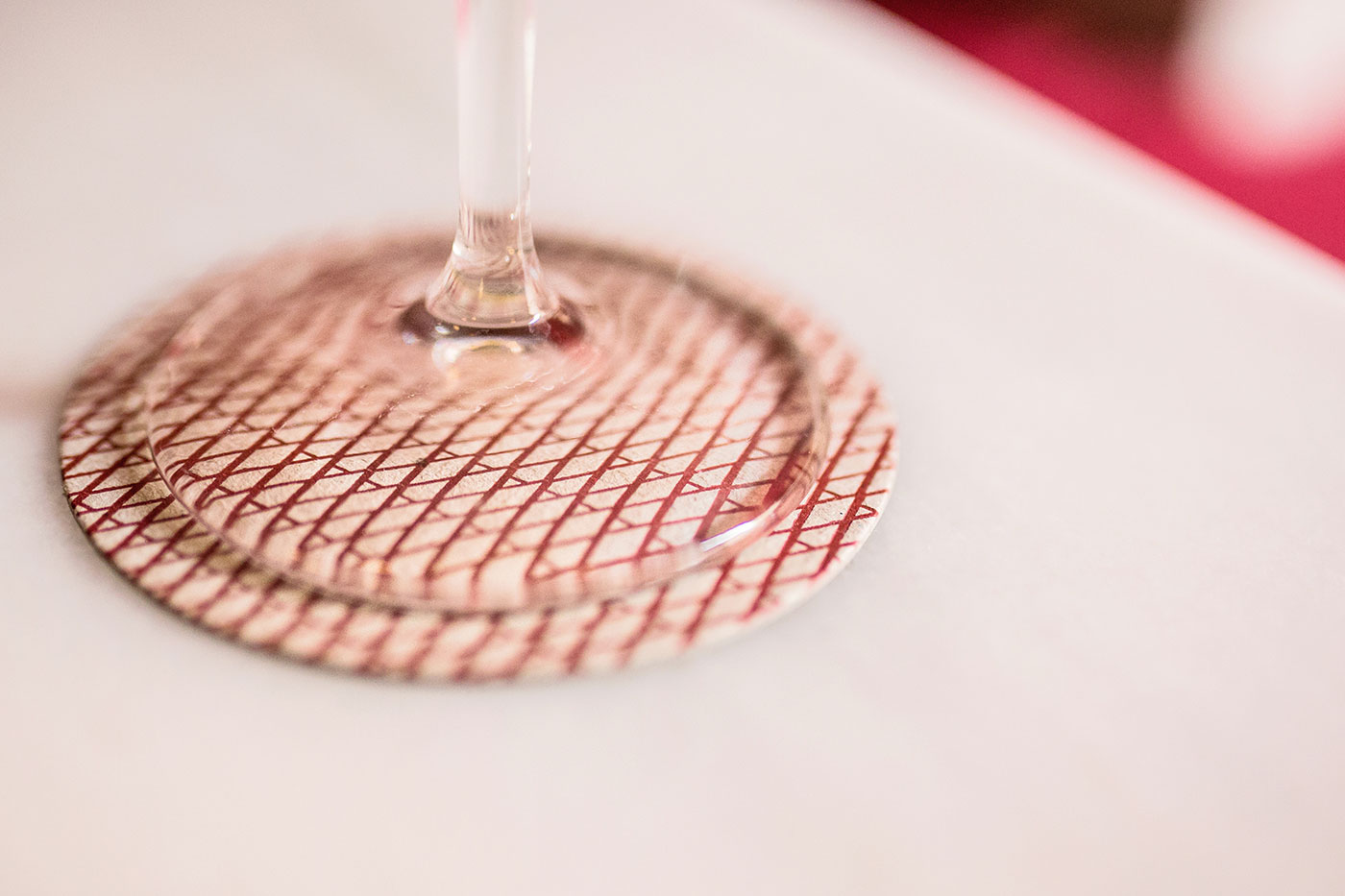 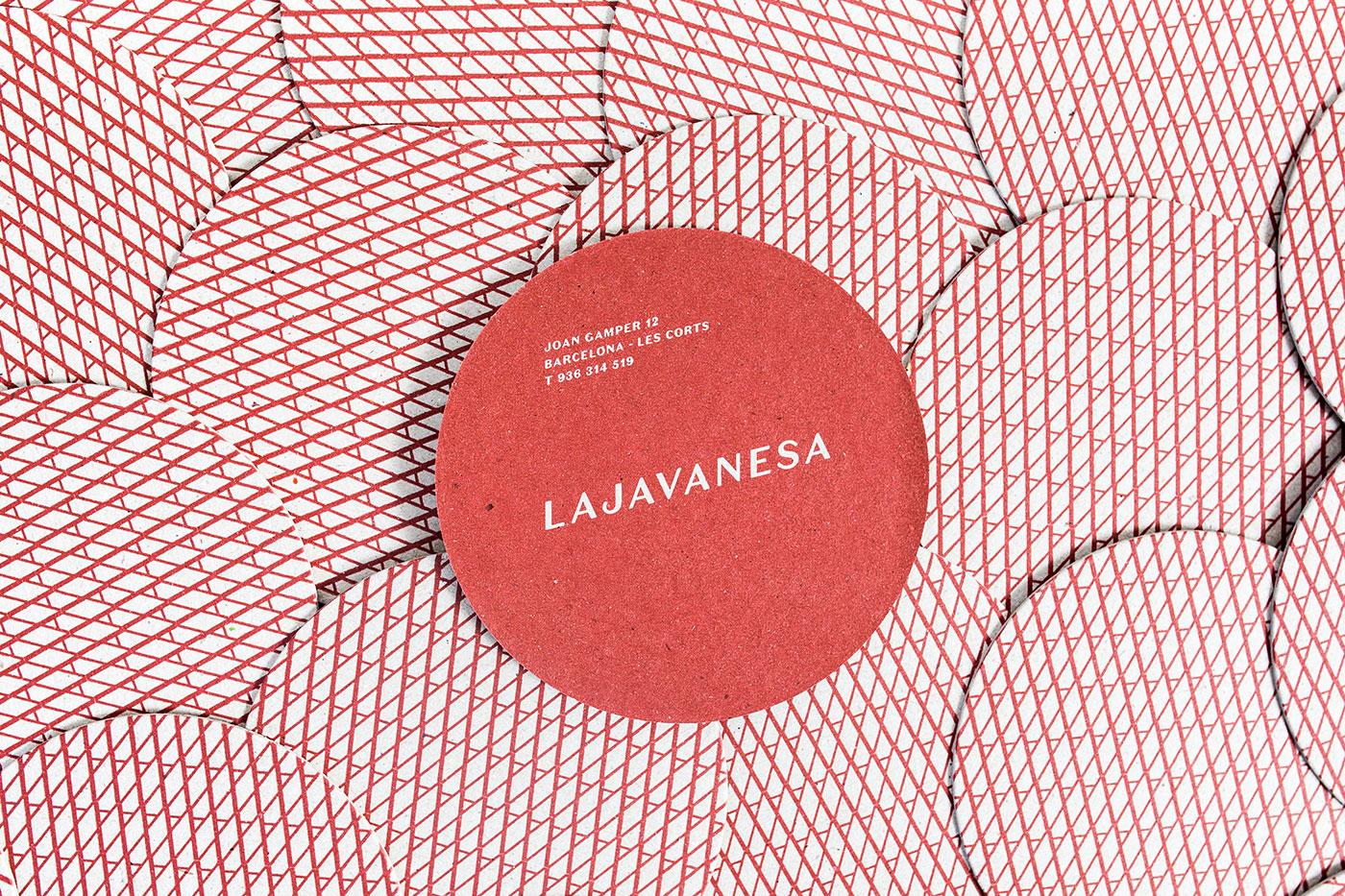 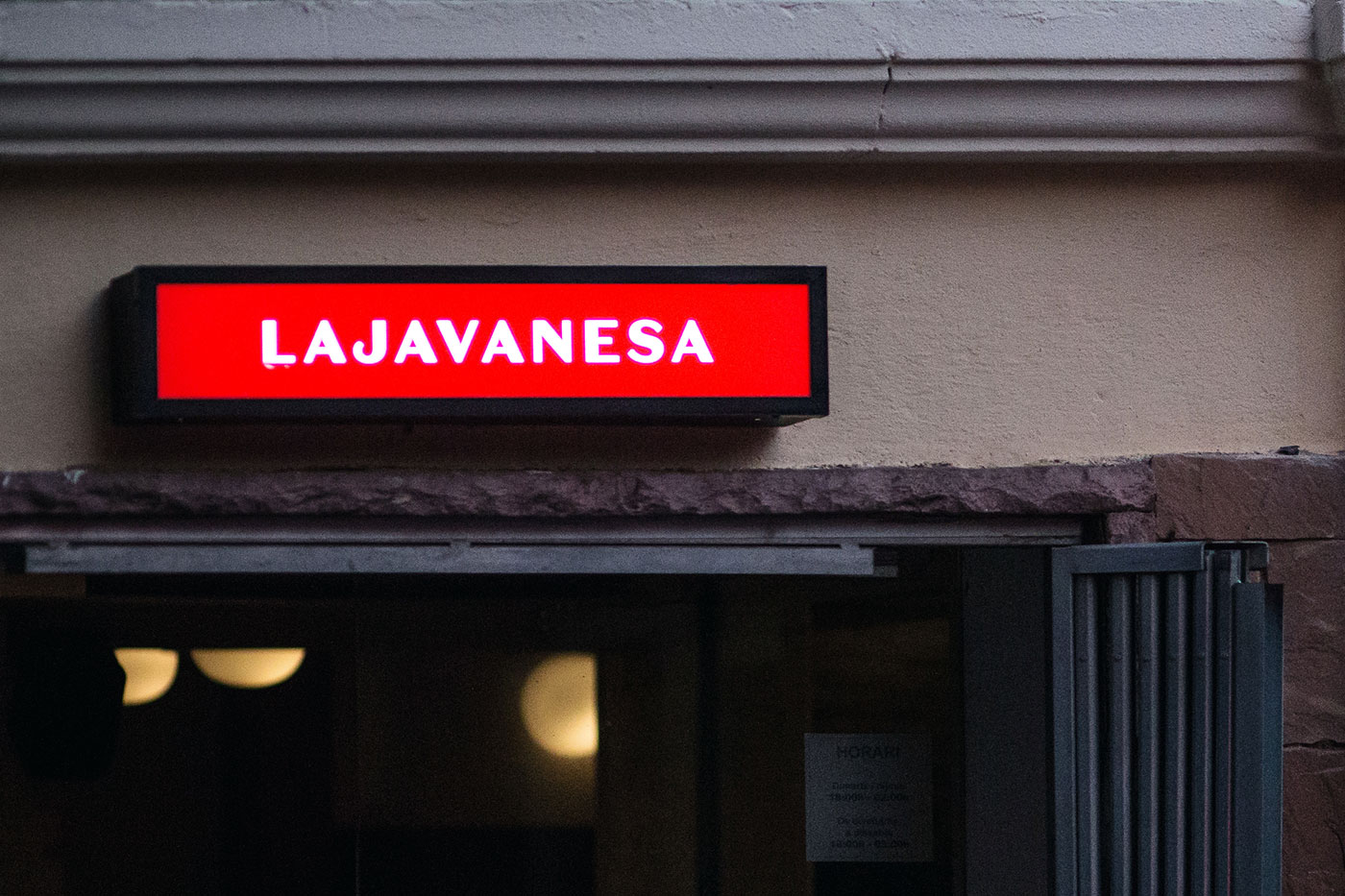 Javanaise is a slang used by pimps and prostitutes in the obscure France of the last century. It consisted in adding va in front of each vowel, creating a sweet melody incomprehensible for passers-by and police. J’avoue j’en ai bavé pas vous mon amour… With the same yobbish character, in 1963, Serge Gainsbourg composed for Juliette Bréco the song “La Javanaise”, in which he simulated the sonority of the Javanese slang and which gives its name to this cocktail lounge. A typographical patchwork created by the repetition of the va syllable is reminiscent of this sonority, while insinuating fishnet stockings. The application in letterpresses of this patchwork tenses the coasters as stockings tense the skin.